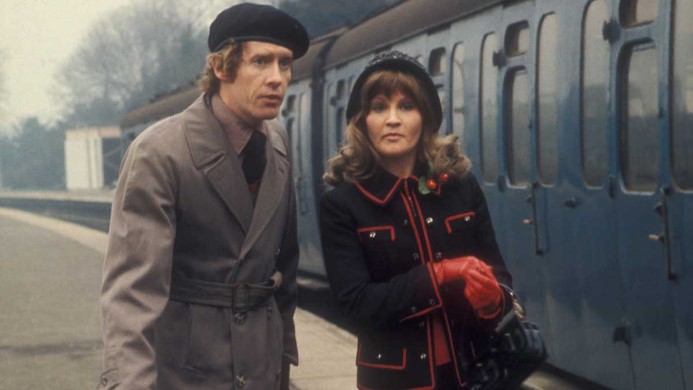 If you’ve ever wondered how one prepares for over 1,300 performances as the Phantom in Phantom of the Opera, look no further than ’70s British comedy Some Mothers Do ‘Ave ‘Em, starring Michael Crawford.

Crawford’s pre-Phantom days were spent as Frank Spencer, an individual whose desperate need to please and nature for being accident prone earned him the title of the “sweetest walking disaster” in British comedy history.

Airing from 1973-1978, the BBC originally slated Ronnie Barker (Porridge, Open All Hours) for the title role. After watching several episodes, Crawford was the perfect choice given the athleticism needed to carry out some pretty amazing stunts over the life of the series.

Above, the Spencer family prepare their house for Christmas, fairy lights and all. While Betty (Michele Dotrice) has taken care of the decorations and fairy lights, unfortunately, Frank (Crawford) has the unenviable task of sorting out the tree.

Another particular classic scene involves Crawford on roller skates and rivals anything from Buster Keaton or Harold Lloyd.

Some Mothers Do ‘Ave ‘Em paved the way for a number of present day comedy stars with its emphasis on physical humor.

• Some Mothers Do Have ‘Em next up for a reboot

One such individual to reference this was Ashley Jensen, aka Agatha Raisin, who spoke recently with Tellyspotting about how she learned the craft of physical comedy without the spoken word.

From the Vault is Bill’s weekly feature where he reaches back for a favorite, memorable clip or classic highlight. View more right here.