As if it wasn’t enough of a shake-up this year for Doctor Who to introduce planet Earth to the first female Doctor, there was a new logo, a new TARDIS, three new travel buddies, a new music composer and a move from its long-time traditional Saturday night broadcast slot to Sundays.

Now comes the news that the annual festive holiday special will move from Christmas Day to New Year’s Day this year (or, technically, next year).

From the looks of Jodie Whittaker’s newly-revealed rainbow Tom Baker-ish fashion accessory — which is a great addition to her outfit while giving a nod to the series’ past, BTW — fans are in for a brilliant, celebratory kick-off to 2019. 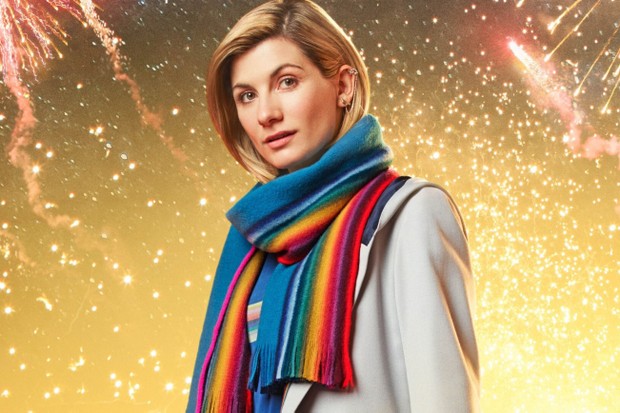 “With 2018 marking a brand new era for Doctor Who, it is only right that 2019 kicks off in spectacular style,” the BBC said, confirming that there would be no Christmas Day episode this year. “In this year’s festive episode the Tardis will travel through the time vortex from its traditional timeslot on Christmas Day and will land in style on New Year’s Day.” 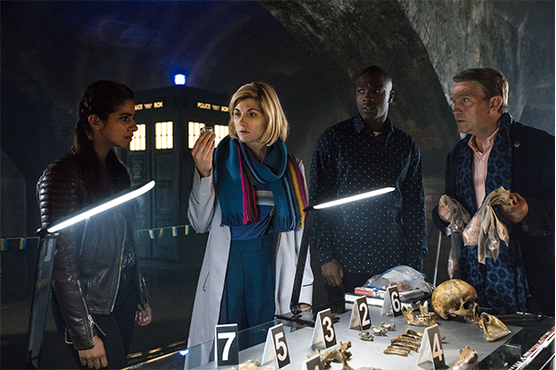 This marks the first time since the series returned in 2005 with Christopher Eccleston that there will be no Doctor Who episode on Christmas Day.

So, the storyline will continue on its annual festive track, as new showrunner Chris Chibnall has written a special episode to broadcast on New Year’s Day 2019. As the new year begins, there’s a terrifying evil stirring from across the centuries of Earth’s history. As the Doctor, Ryan, Graham and Yaz return home, there’s a threat to planet Earth that, hopefully, they will be able to overcome.

Any thought as to whether or not this “terrifying evil” is the long-awaited return of the Daleks? Just thoughts, however. This is just an exhibition, no wagering please.

The Doctor Who New Year’s Special will transmit on January 1, 2019.