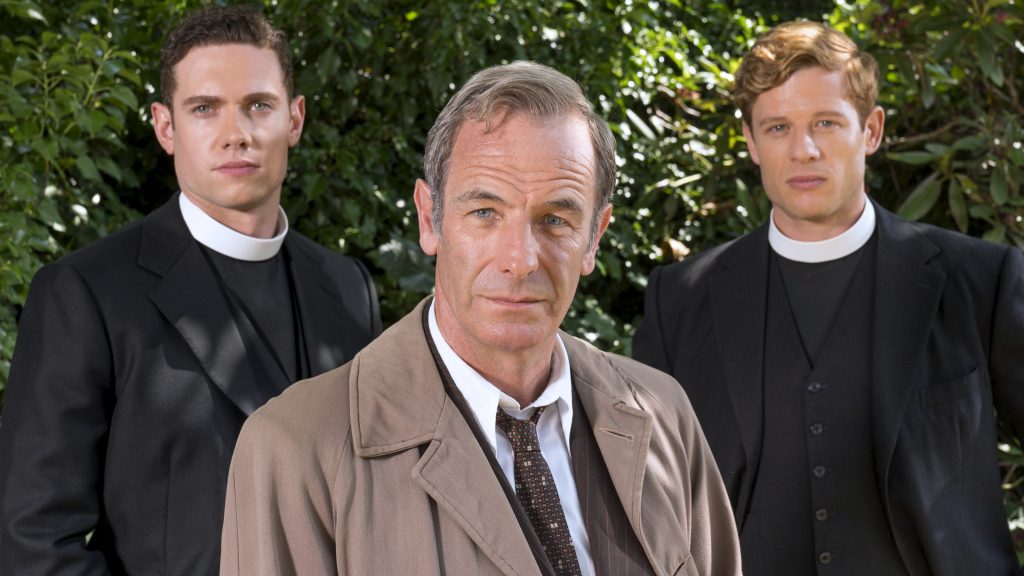 Life is getting ready to change for the town’s charismatic, jazz-loving clergyman.

Without giving away too much of the storyline, it’s now 1956, and with Amanda long gone, Sidney’s life now revolves around the church services and the interminable meetings of the Parochial Council and their plans for a village fete. He yearns for some excitement, and Geordie (Robson Green) has noticed that Sidney’s devil-may-care attitude feels increasingly like a death wish.

• Grantchester in limbo no more: Series 4 is confirmed, and we will say goodbye to Sidney Chambers

• Meet the women of Grantchester

In need of spiritual sustenance, Sidney (James Norton) and Leonard Finch — current Chaplain at Corpus Christi, following in Sidney’s footsteps — go to hear inspirational civil rights activist Reverend Nathaniel Todd talk in Cambridge as part of a fundraising tour. Rev. Todd is accompanied by his son Charles, daughter Violet, and fellow activist Robert DeVeaux. Professor Barkley and his wife Madhia host their stay, and while at their house, Leonard (Al Weaver) introduces Sidney to an old friend, Will Davenport.

When Sidney strikes up a conversation with a beautiful and vibrant Violet Todd, sparks soon fly. And, as they say, the rest is history …

Grantchester returns to ITV, Friday, 11 January at 9pm with a PBS premiere in 2019.