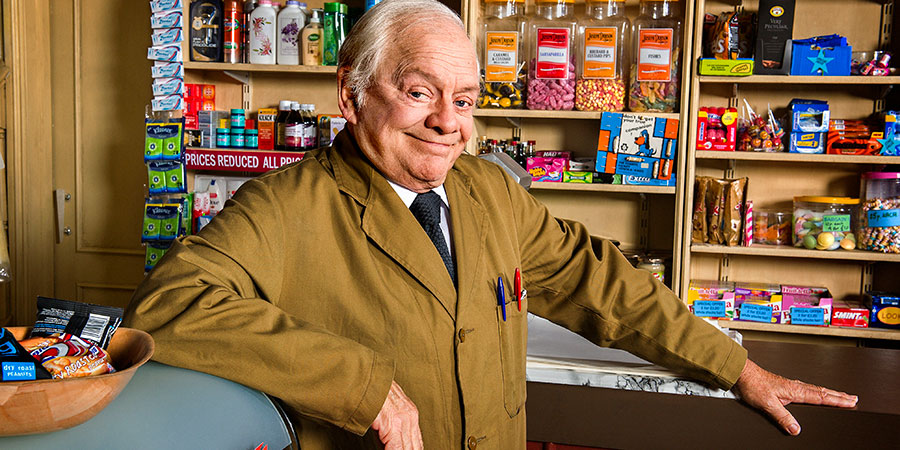 The “grocer with the gift of gab” once again will stand behind the till when series 6 of Still Open All Hours resumes filming in early 2019, with a targeted transmission on BBC One later this year.

The BBC confirmed in late December that the reboot of classic sitcom Open All Hours, which starred Ronnie Barker and David Jason, will return with Sir David Jason and James Baxter reprising their roles as Granville and Leroy, respectively. In a statement, the BBC teased some very interesting plotlines for longtime fans of the series.

Speaking on the fact that he will once again put on the tan coat of Arkwright’s, Sir David Jason said: “It always gives me great pleasure to look forward to working with such a wonderful and talented cast and crew, kick-started by the creation of such a surreal and silly world courtesy of Roy Clarke. I am delighted that we will start filming again next year as I know we will all have fun recording each episode and that the viewers get the chance to enjoy the fun on their screens.”

Now that Sir David Jason mentioned Roy Clarke, it’s a name you may or may not be familiar with but, I’m guessing, you are VERY familiar with his lifetime of work. Now the tender young age of 88 (89 on January 28), Clarke was the sole writer for a number of your favorite British comedies over the years, including all the episodes of Last of the Summer Wine (31 series and 295 episodes), Open All Hours, Keeping Up Appearances and now, Still Open All Hours.

Clarke even found time in the middle of all this to write the one-off “prequel” to Keeping Up Appearances, Young Hyacinth, starring Kerry Howard.

Thankfully, for us all, Clarke settled on being a writer after jobs as a teacher, policeman, taxi driver, salesman and also soldier in the Royal Corps of Signals of the British Army.

Look for the new series of Still Open All Hours later this year on BBC One with a public television broadcast to follow.