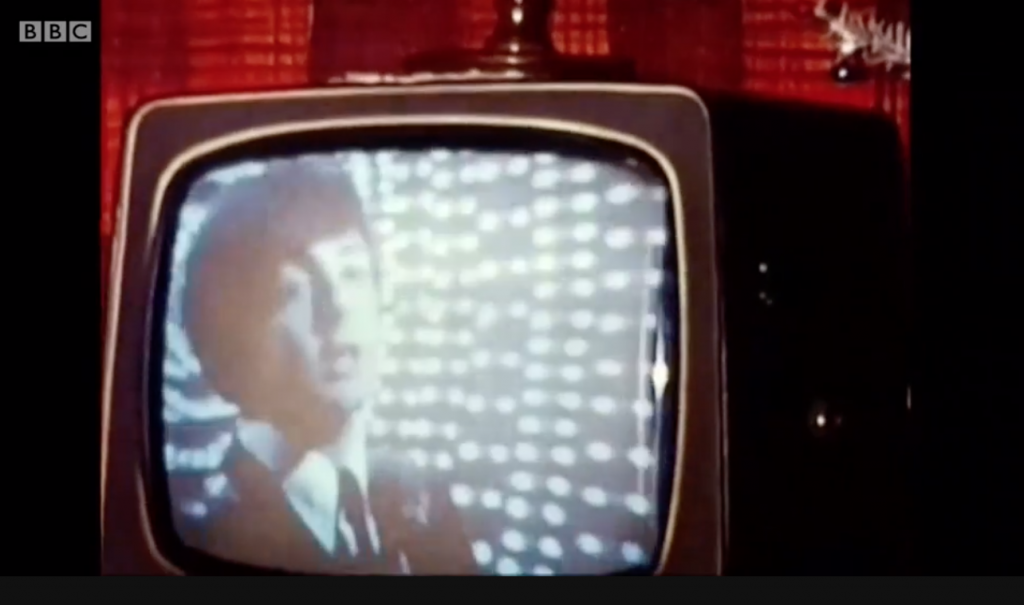 Photo: Screenshot of the found Beatles footage from BBC’s ‘Top of the Pops.’

It may only be 11 seconds long, but the recently unearthed video clip of the Beatles during their only appearance on Top of the Pops, the British music series that defined British pop culture from 1964-2006, is brilliant.

Unfortunately, as was usually the case for television programs in the ’60s, the physical tapes were not archived. They were expensive and the customary practice was to erase them and use again.

• From the Vault: When Clive Swift was ‘Having a Wild Weekend’ with The Dave Clark Five

• Benny Hill’s The Strolling Ones – part of the British Invasion that never landed in the U.S.

Sadly, the :11 silent bit is all that exists of the Fab Four performing “Paperback Writer” in June of 1966. The lost footage was shot by a family in Liverpool filming their TV set with an 8mm camera. It eventually went to a collector in Mexico who then contacted Kaleidoscope, an organization based in Birmingham, UK, that specializes in locating missing TV footage.


The unearthed clip will get a public showing at the British Film Institute in London as part of the Music Believed Wiped program on Saturday, April 20, along with Elton John singing “Rocket Man” on Top of the Pops in 1972, T Rex’s fourth and final UK number one Metal Guru, and a pieced-together Slade performance from 1975.