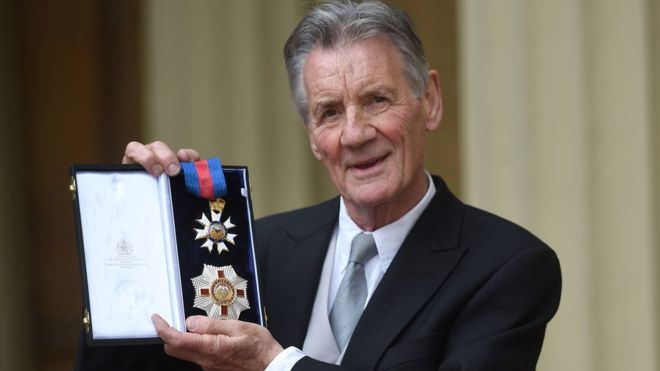 English actor, television presenter, writer and comedian Michael Palin is now, going forward, Sir Michael Palin. Palin, who turned 76 on May 5, was knighted by Prince William, the Duke of Cambridge, at Buckingham Palace this past Wednesday in the New Year Honours.

Recognized for his services to travel, culture and geography, the former original member of the Monty Python troupe has been a fixture on British television over the past five+ decades in not only comedy (Monty Python’s Flying Circus, The Frost Report, Do Not Adjust Your Set, Ripping Yarns) but also a number of travel programs such as Around the World in 80 Days, Pole to Pole, Full Circle with Michael Palin, Michael Palin’s Hemingway Adventure, Sahara, Brazil with Michael Palin and his most recent series, Michael Palin in North Korea which premiered in 2018.

Palin returned to the small screen in 2014 to star in the three-part mystery series for BBC One Remember Me, marking his first regular television acting role in over 20 years. 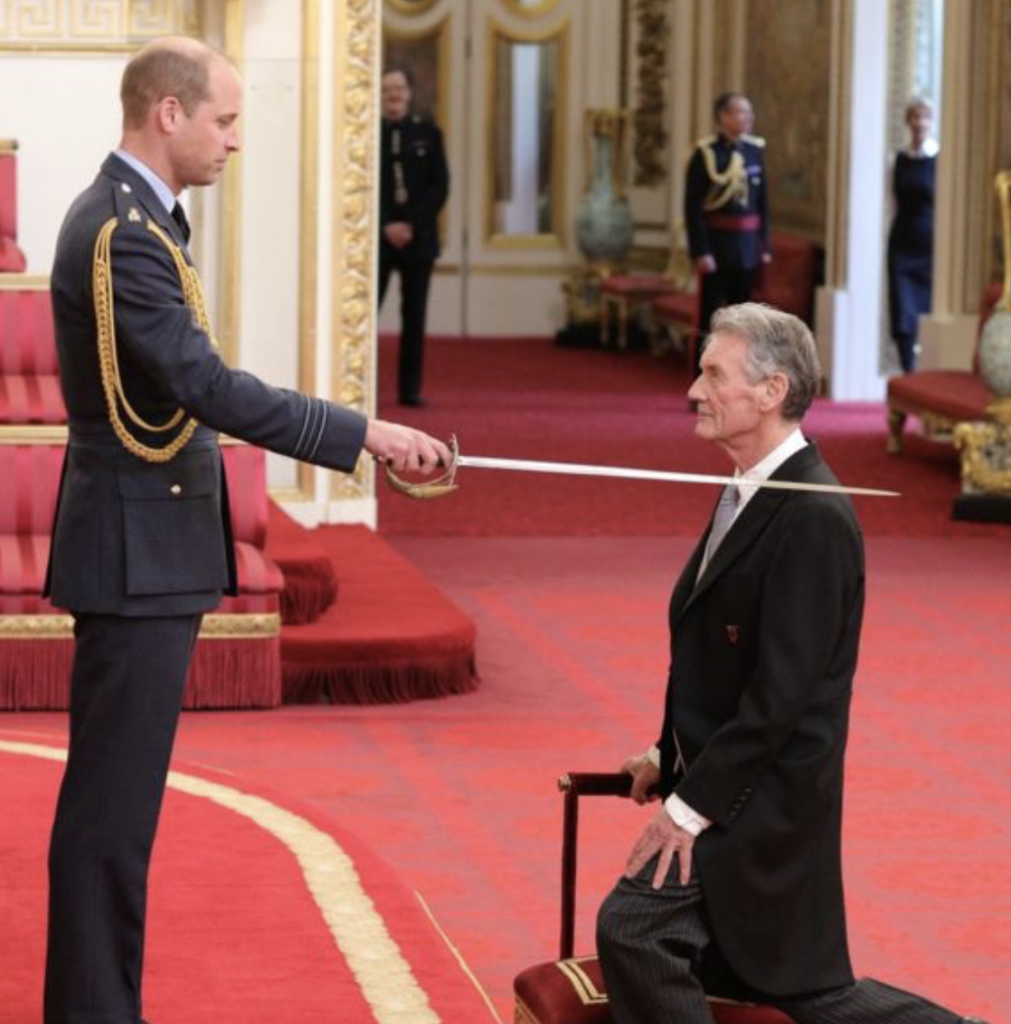 “I have been a knight before with my Monty Python colleagues but I suppose this is the real thing,” said Palin.

In true Python fashion, Sir Michael also revealed that he somehow managed to suppress a joke while speaking to the Duke of Cambridge on Wednesday. “He talked about where I was going next, any parts of the world I really wanted to go that I hadn’t already.” The former Python said he normally answers “Middlesbrough” when asked the question but, on Wednesday, he opted for Kazakhstan.

Following the ceremony, Sir Michael told ITV News how the experience was humbling: ”When you come here today and you actually meet Prince William, the sword is laid on and you really feel quite moved … you’ve done something, you’ve been recognized for something. This is top of the list really.”

I had the good fortune of sitting down with Sir Michael Palin prior to his knighthood in 2013 to talk Monty Python, Brazil and all things in-between.

As of Wednesday, Michael Palin is no longer the leader of the Knights Who Say “Ni,” nor is he simply Sir Galahad the Pure … he is Sir Michael Palin!