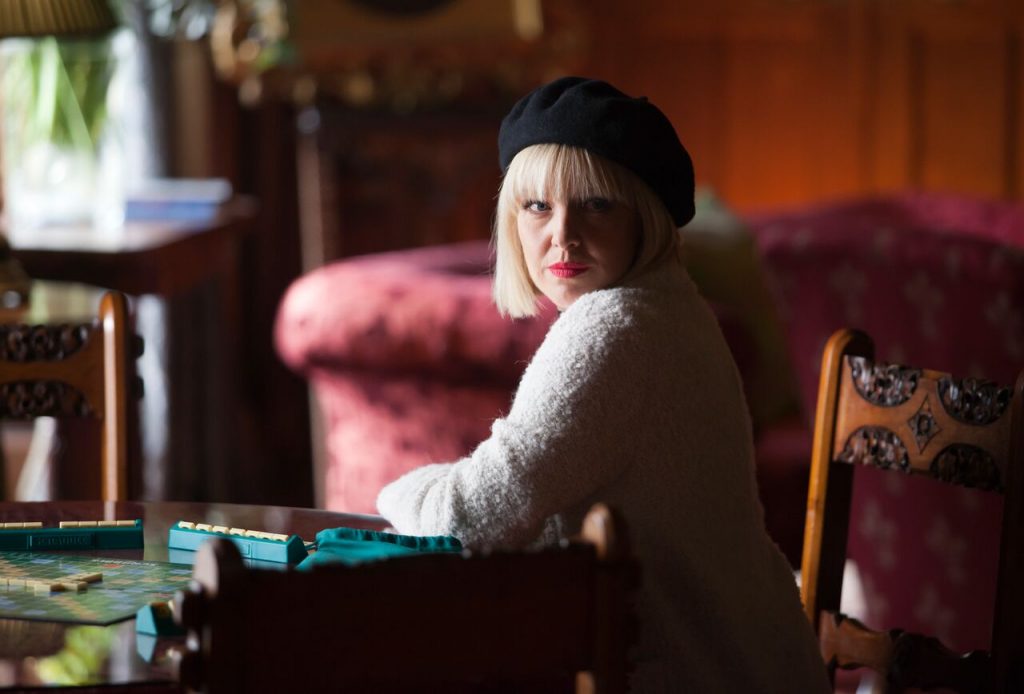 Ashley Jensen (Catastrophe, Ugly Betty) is set to return this Friday when Sky One will be the home for three new feature-length mysteries based on M.C. Beaton’s bestselling novels. Formerly a highflying PR executive in London, Agatha Raisin has now settled into small-town ‘quiet’ life in the Cotswolds, but her early retirement is far from quiet.

Three of M.C. Beaton’s novels, The Wizard of Evesham, The Curious Curate and The Fairies of Fryham, have been adapted for series 2 which will, once again, see Agatha attempting to solve the village’s bizarre murders with panache—but this time around her love life may be a puzzle beyond even her skills to decipher.

While we know that Gavin & Stacey‘s Mathew Horne (Roy Silver), Torchwood‘s Katy Wix (Gemma Simpson) and Matt McCooey (DC Bill Wong) will be returning for series 2, the unknown factor at this point is whether or not Jamie Glover will return as Agatha’s love interest, James Lacey. Word is, Agatha might have a new suitor in Season 2, and it’s someone viewers met in Season 1!

Agatha Raisin fans may remember that the last episode of the first season, Agatha and James almost married in the episode called “Agatha Raisin and the Murderous Marriage.” James got cold feet when Agatha’s husband was murdered. He took off for Cyprus and the season ended with Agatha going after him.

Ahead of series 2, we had the good fortune of sitting down with Ashley Jensen and author M.C. Beaton to talk all-things Agatha Raisin.

Agatha Raisin S2 returns Friday, 12 July at 9p on Sky One. Hopefully, a pubic television broadcast isn’t too far behind.