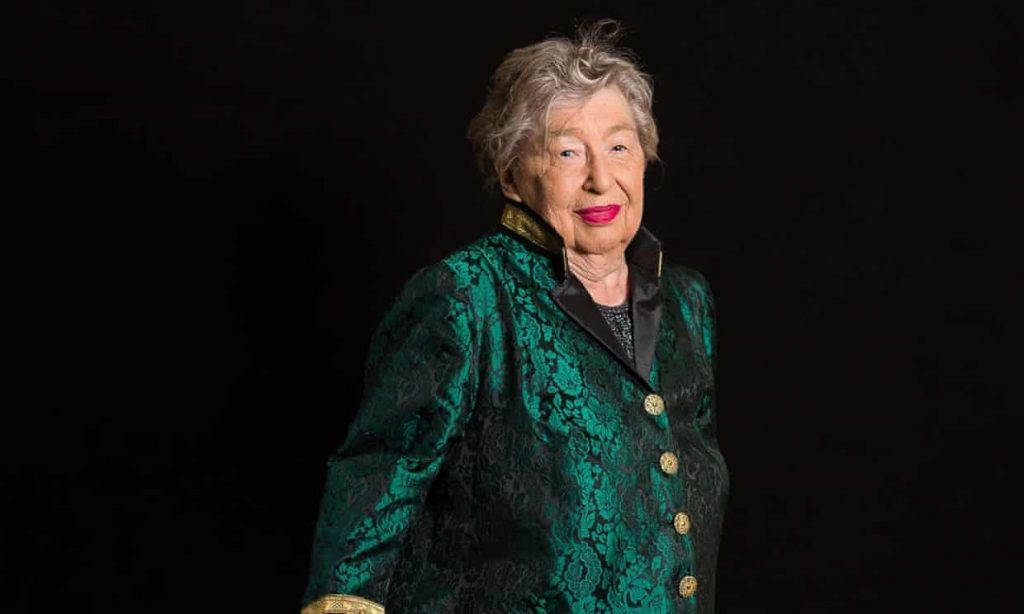 Multimillion-selling author Marion Chesney Gibbons, a.k.a. MC Beaton, died Monday at the age of 83 after a short illness. Known throughout the world as the creator of the much loved fictional detectives Agatha Raisin and Hamish Macbeth, Beaton was consistently named the most borrowed adult author from UK libraries.

The fact that the author was labeled over the years as the ‘queen of cosy crime’ did not set well with the Glasgow born author. “I certainly do not like being called a cosy writer. It is patronizing and implies that my books, which are easy to read, must be easy to write. Nobody calls Agatha Christie cosy,” she told the Crime Hub in 2019. “To keep writing in clear well-balanced sentences takes a lot of hard work and if anyone doesn’t want a Glasgow kiss, swallow that opinion and put it where the sun don’t shine.”

While public television audiences in America will be more than familiar with her novels through the Agatha Raisin mystery series, Beaton wrote over 160 books in her more than four decade career. Her most recent effort, Beating About The Bush, was her 30th Agatha Raisin Mystery and was published on 24th October of last year.

Before her novel writing career began in 1979, Marion Chesney worked as a buyer of fiction for a Glasgow bookshop, theatre critic for the Scottish Daily Mail and as a newspaper reporter and editor for the Daily Express. Over the years, she also wrote romance novels under the pseudonyms Ann Fairfax, Jennie Tremaine, Helen Crampton, Charlotte Ward, and Sarah Chester.

Tellyspotting had the once-in-a-lifetime opportunity to talk with MC Beaton leading up to the premiere of the television adaptation of her Agatha Raisin creation back in 2017. Her response to our question about wondering whether or not there was a little bit of MC Beaton in Agatha Raisin or vice versa was vintage Beaton. “I think there’s a bit of me in Agatha. She says a lot of the things I would like to say but I am too polite. I don’t smoke or drink but sometimes I feel I could kill for a fag so Agatha smokes for me. And kills people for me.  I like bumping off nasty people,” admitted the author.

We also had the opportunity to sit down with Ashley Jensen, who portrays Beaton’s Agatha Raisin in the television adaptation, prior to the premiere of series 2 in 2018 and she gave a bit of insight into how she went about creating the television version of Beaton’s literary creation.