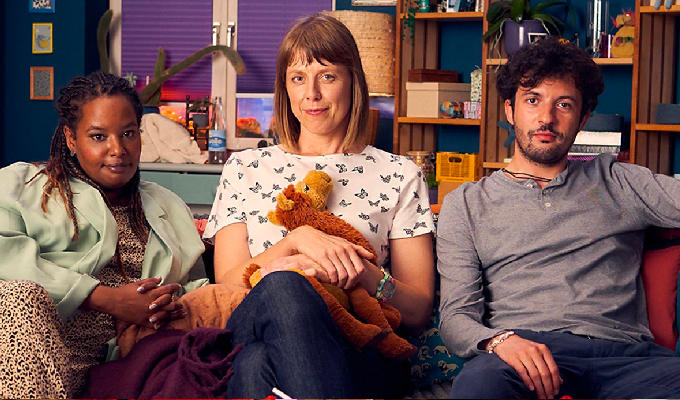 In an attempt to shed their title of being voted ‘the least funniest country in the world‘ following a 2011 international survey conducted by Badoo.com, Germany has begun filming on a German language version of the British sitcom, Miranda.

Currently with the working title of Ruby, the series will star German actress Anna Böger in the title role with Camill Jammal as David, the bistro-owning object of her affections (the character of Gary that Tom Ellis played in the original) and Rosina Kaleab as Ruby’s best friend Simone. Unfortunately, just as Sarah Hadland’s campaign to be the “American Stevie” was unsuccessful, it appears that she won’t appear in Ruby wither. Hadland played Miranda’s co-joke shop owner and BFF, Stevie in the British sitcom.

With filming currently underway in Cologne, the comedy series will air on ZDF Neo at a date yet to be determined and marks the first commission for BBC Studio’s new German arm. As American audiences are keenly aware, this will be the second international version of Miranda, which was previously adapted for  Fox Television. That version, entitled Call Me Kat and has recently been renewed for a second series.

Even though I’m not a big fan of remakes, Miranda Hart’s Miranda is pretty close to being the funniest British sitcom that has come along since Fawlty Towers so it might be interesting to see how this one plays out. Now all I need to do is learn to speak German. I wonder how you say, ‘Bear with..‘ in German?