Caroline Aherne, the co-creator/writer and star of the brilliant late 90s British situation comedy, The Royle Family, has died at the age of 52. Aherne, who played Denise Royle, co-created and wrote all three series of the critically-acclaimed comedy with co-star, Craig Cash. Centered around the lives of a blue collar, television-fixated Manchester family, the Royles, comprised of family patriarch Jim […]

END_OF_DOCUMENT_TOKEN_TO_BE_REPLACED 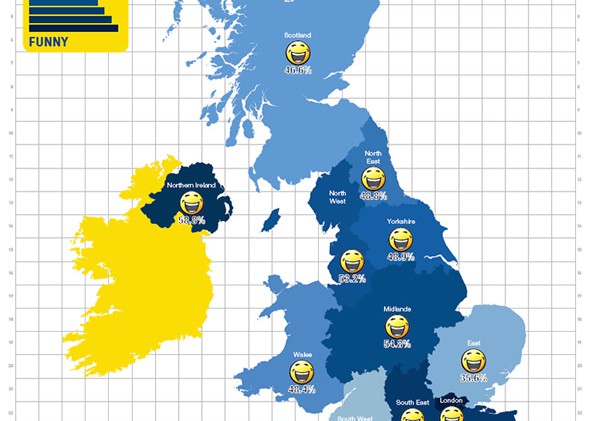 Do you live in the funniest part of the UK?

Leave it to Foster’s lager to continue their assault on the world of British comedy with a recent survey that attempts to determine what region of the UK believes they are they funniest in the land. You may remember that it was Foster’s who resurrected the career of Alan Partridge in 2010 for a series […]