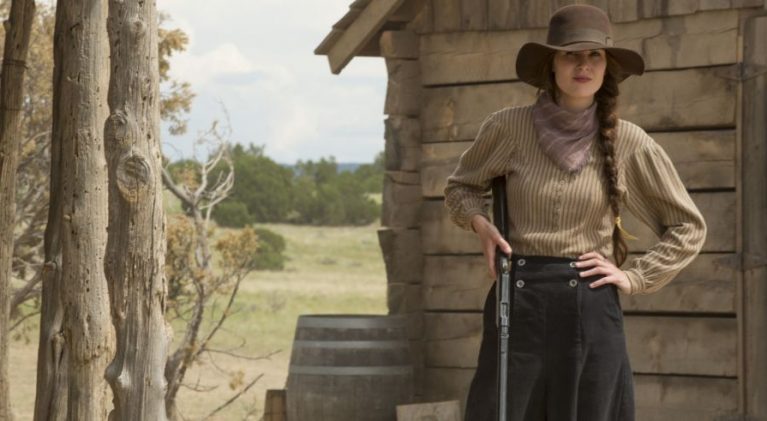 Following her time as a con artist in Good Behavior, Michelle Dockery seems to be getting pretty skilled at putting her six series stint as Lady Mary Crawley on Downton Abbey in the rear-view mirror. This time, in Steven Soderbergh’s Godless, which is now available on Netflix, Dockery plays Alice Fletcher, a hardened, gun-toting widow in the critically-acclaimed Steven Soderbergh/Scott […]

END_OF_DOCUMENT_TOKEN_TO_BE_REPLACED

With her role as Lady Mary Crawley from Downton Abbey clearly in her rear view mirror, Michelle Dockery has traded in her parasol and channeled her gun-totin’ non-Lady Mary side to star in Godless, a new western series which has begun filming in Santa Fe, New Mexico. The limited period drama series set in a New Mexico mining town […]