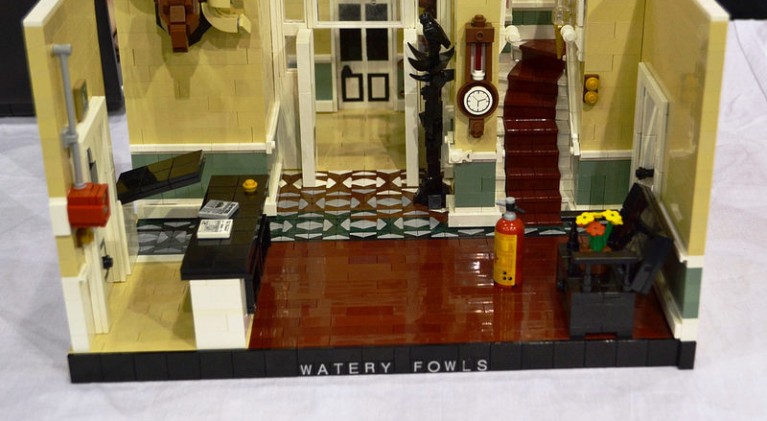 ‘Fawlty Towers’ in Lego – Mr. O’Reilly would be so proud

Several years ago, 21-year-old Nathan Feist, a student at Cornell University in New York, succeeded where Basil Fawlty (and, O’Reilly) failed by bringing a semblance of functionality to the most dysfunctional hotel in the seaside town of Torquay on the ‘English Riviera’. Exhibited at the BrickFair, Virginia LEGO convention back in 2014, his intricate LEGO recreation of the famous […]

END_OF_DOCUMENT_TOKEN_TO_BE_REPLACED

Fire at Fawlty Towers. Was it O'Reilly, Stubbs…or, Manuel?

Polly, what have you done to my hotel? Almost 20 years ago (March 1991), fire engulfed the Woodburn Grange Country Club, the site for the exterior shots filmed for, perhaps, the greatest British comedy of all-time, Fawlty Towers. Sadly, this led to the ultimate demolition of the property, making way for eight houses despite an approved […]