I know there are those of you out there who will immediately say, “Gee, you don’t look a day over eight!” but it’s hard to believe that it’s been nine years already. Seems just like yesterday that the first post announced on October 1, 2009 that it was Time for Tellyspotting!

Now, more than 3,000 posts later (3,332 to be exact), here we are better than ever because of one thing — YOU! Your love of All Things British, our shared recognition that British comedy and drama is the best telly on telly, and your comments/feedback during the last nine years have made it really easy to look forward to year 10 and beyond. 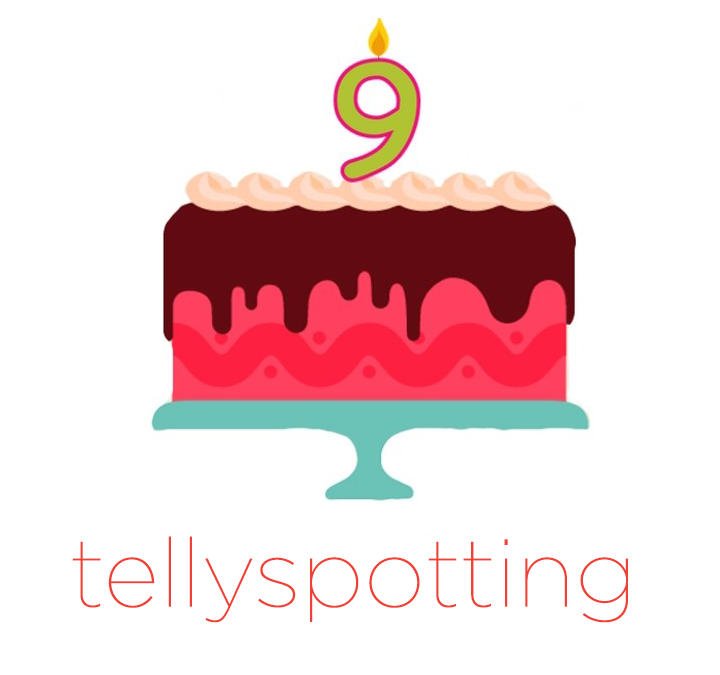 A lot has changed since that fateful day of 10.01.09, when you think about it. Here’s where I could launch into how much a gallon of milk or a loaf of bread cost back then, but there are a just a few more important things to understand how our lives have changed.

Just imagine a 2009 world where it was BD (Before Downton Abbey), BS (Before Sherlock), BRDX (Before Red Dwarf X) and we were just coming to the end of the David Tennant era on Doctor Who.

There was no Scott and Bailey, no Endeavour or Grantchester, no Poldark. No Victoria or Luther, and no Call the Midwife, or even Miranda, for that matter. At the time, we only knew of Miranda Hart from a brief guest shot in Lead Balloon and a leading role in Hyperdrive with Nick Frost.

Martin Freeman was known mainly for his role in the comedy, Hardware. And, one of the best series ever to grace the small screen, Spooks (or MI-5 if you’re in the States), still had three seasons to go!

We even went behind-the scenes to interview those who create and write some of your favorite series, such as Daisy Goodwin (Victoria) and Emilia di Girolamo (The Tunnel: Vengeance).

So stick around and join us as we make year 10 the best ever. It’s going to be a great ride, but it won’t be the same without you!

A special thanks to everyone who has written to us, commented on or even read just one post in the last nine years. Thanks, also, to BBC Studios for their overwhelming support from Day One, to John Manthorpe over at ITV for all the advance press material, to Eric Luskin at American Public Television and Chad Campbell over at Acorn Media for constantly thinking of us when actors are made available for interviews.

And I can’t forget Mark Boosey, who created the British Comedy Guide, for warning me in the beginning stages back in 2009 about what I was getting myself into.

Finally, thanks so much to the folks over at the London Underground for this really special greeting that arrived this morning! 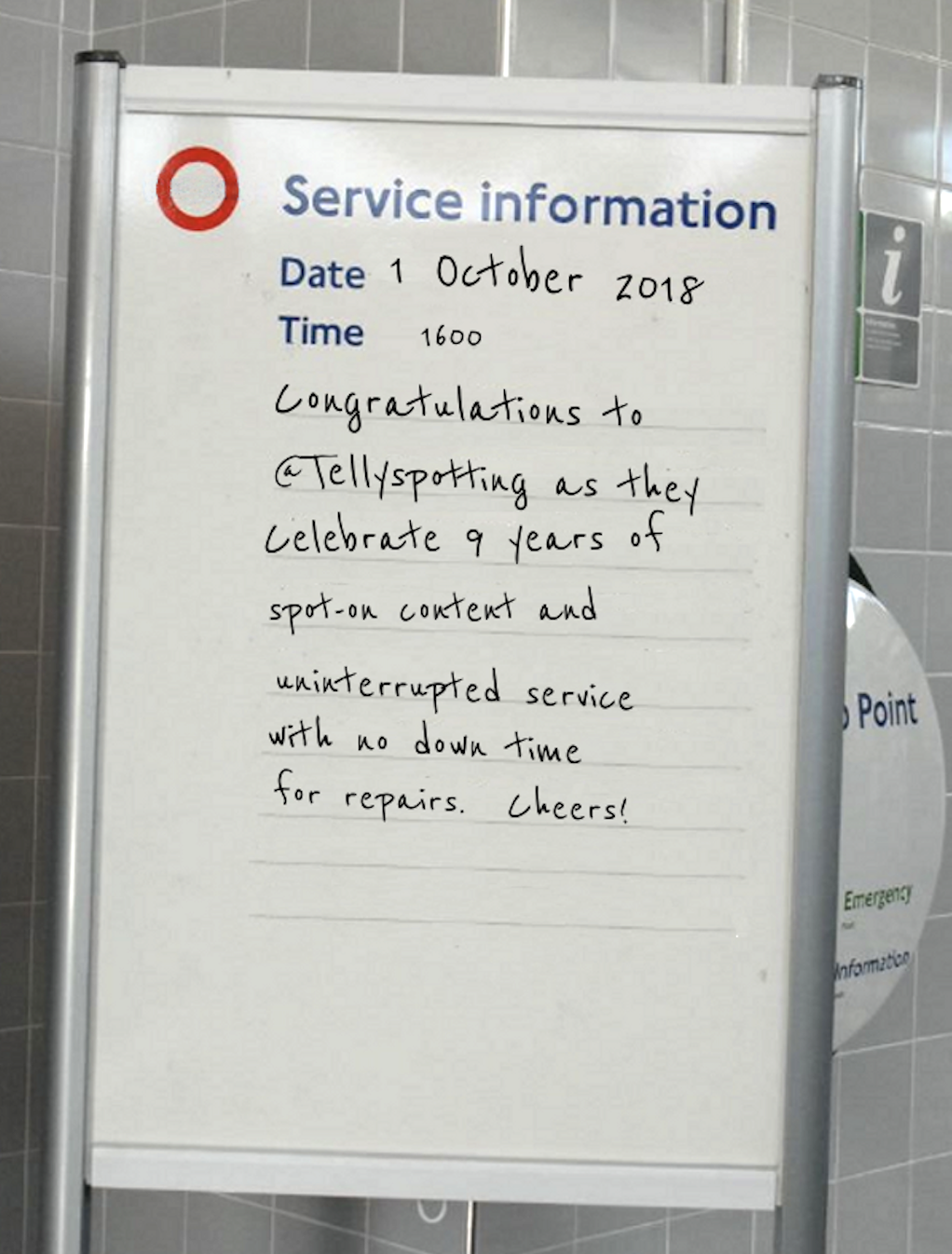 Thinking back, I really didn’t know what I was getting myself into. But I wouldn’t trade the last nine years for anything.