The announcement of PBS’s official premiere date — Sunday, January 13, 2019 — is in our rear-view mirror, so we can now focus on content, content, content for series 3 of Victoria.

With stars Jenna Coleman and Tom Hughes reprising their roles as Queen Victoria and Prince Albert, the much-anticipated third series will begin in 1848, following Sir Robert Peel’s resignation as Prime Minister. The royal couple will attempt to balance a growing family (six children in eight years) against the backdrop of riots and revolutions that seem to be breaking out across Europe. 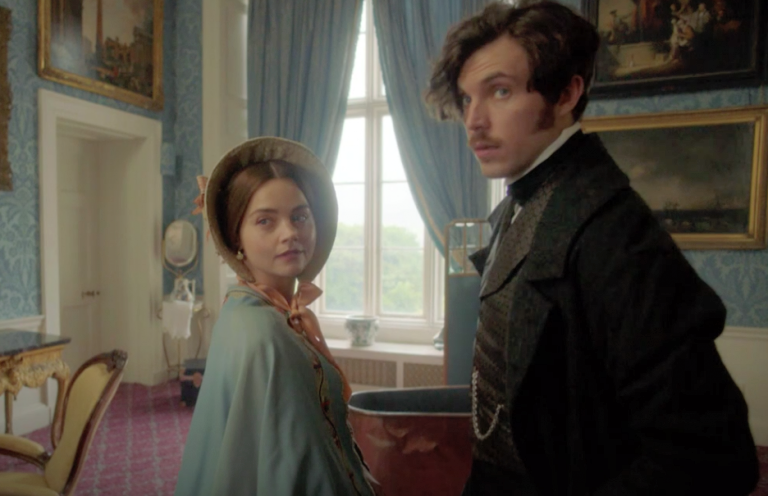 “It’s a time when the whole of Europe is falling apart,” said creator/writer Daisy Goodwin during the PBS session at the Television Critics Association Press Tour in July.

Beyond the predicted “turbulent times” ahead, Goodwin has assured fans of the series that Albert is safe for the entirety of series 3 so, thankfully, we won’t have to suffer through a Victoria equivalent of the Christmas Day Downton Abbey episode where Matthew died unexpectedly in series 3.

As previously announced, there will be a few new faces around the Palace when series 3 begins:

• Laurence Fox, of Inspector Lewis fame, will be playing the charismatic Foreign Secretary Lord Palmerston
• Kate Fleetwood (Les Misérables, Star Wars, Harry Potter) enters the picture as Victoria’s sister Feodora, bringing a whole new level of drama to the, well, drama. That might have something to do with the fact that Feodora married a penniless German prince while her elder sister just happens to become Queen of England.

• What lies ahead for Victoria and Albert in ‘Victoria’ s3

• The music behind ‘Victoria’ deserves a co-starring credit