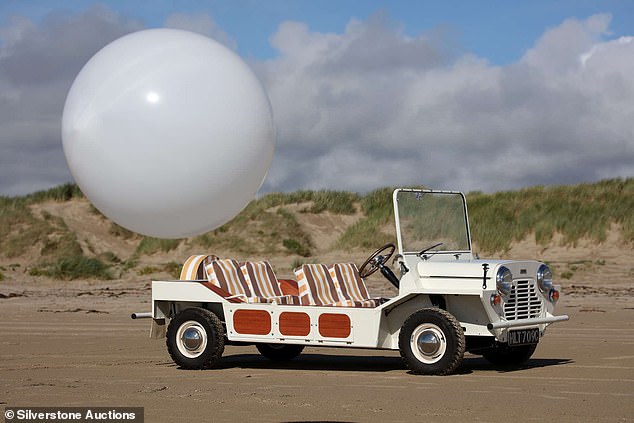 If you happen to have recently lost out on acquiring The Blackadder Pub, the 1972 Reliant Regal Supervan III used in Only Fools and Horses, the original Fallen Madonna with the Big B**bies painting from ‘Allo ‘Allo, a rare 1966 Dalek or Dibley Manor from Vicar of Dibley, there’s still hope that you can own a piece of British telly history as one of two surviving Mini Mokes from The Prisoner will be hitting the auction block next month on the 13th of November through Silverstone Auctions.

The screen-used 1965 Austin Mini Moke up for auction ended up sitting in a barn in Holland plagued by rust after decades of neglect. Fortunately it was discovered by Mini Moke enthusiasts Phil Caunt and Jeremy Guy, who then began the two year process of restoring the car while keeping as many of the original parts as possible.

The engine and transmission rebuilt was fairly straightforward however the car’s steel unibody was been badly damaged by rust. Everything that could be saved of the original steel was, with the rest being replaced by new sections. The Penny Farthing motif on the bonnet was kept, and new fabric was sourced to match the original.

Following its restoration, as the car made the trip back to Portmeirion for the 50th anniversary of The Prisoner in 2017, co-owner Phil Caunt said: “When I took the car back to The Village and drove it past those famous buildings, I really got the sense that it had come home.”

There were four Mini Mokes used during filming of The Prisoner with only two surviving. There is direct evidence that the one up for auction was used on screen, mainly due to a mistake during filming that left its license plate (HLT 709C) briefly visible. 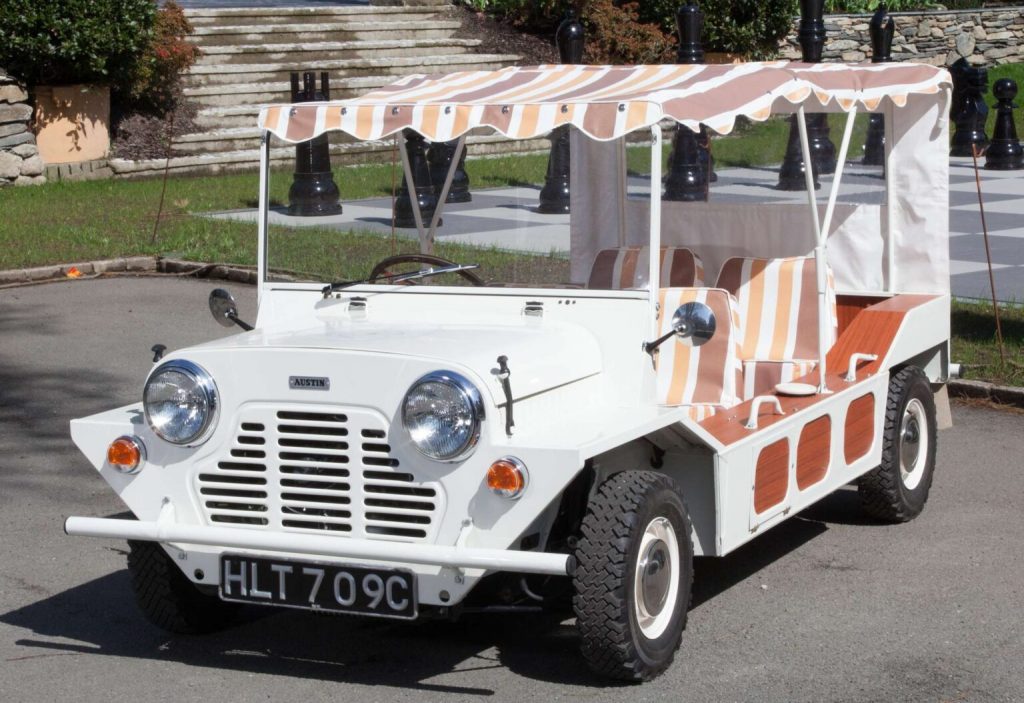 Filmed in the unusual but picturesque village of Portmeirion in Wales, The Prisoner featured Mini Mokes which were used as taxis in the mysterious town at the center of the series. Memorably finished with fabric tops and matching seats with all white paintwork, the ‘cars’ were originally developed for use by the military.

Destined for failure before it ever took hold militarily, it only received limited use but became popular due to its go kart-like driving experience and, to this day, Mini Mokes are still used as rental cars on many tropical islands. 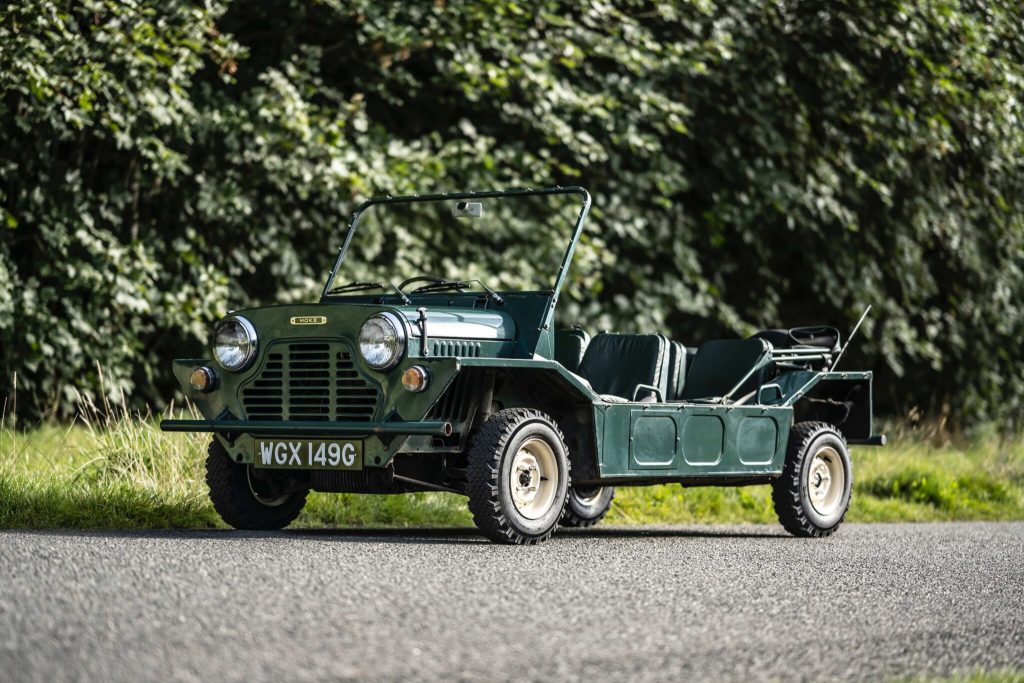 In addition to its use in The Prisoner, the Moke just may be the lightest car ever driven by James Bond in the famous 007 film franchise. James Bond (Roger Moore) drove a white Mini Moke in the 1973 film Live and Let Die on the fictional island of San Monique. Directly based in the classic Mini, the ‘Mini Moke’ used the same engine, transmission, and suspension.

Originally airing in 1967, The Prisoner was nothing short of a way-ahead-of-its-time television series. Equal parts spy fiction, science fiction and allegory with a major dose of psychological drama thrown in for good measure, The Prisoner was created by and starred Patrick McGoohan (Danger Man or Secret Agent in the U.S.) as No. 6. The series tracks a British secret agent who, following his abrupt resignation from his job, appears to have been abducted and then imprisoned in a mysterious coastal village resort run by No. 2, the village administrator.

While the Mini Moke was never officially listed in the credits of an episode of The Prisoner, it definitely got some quality screen time throughout the entire series and might just be worth a look if you happen to live in one of those golf-cart communities.